This post is the third in a series of behind-the-scenes peeks at the creation of the art of The Last Extinction. Click here to read part one.

This shot is another piece with art by John VanFleet. It depicts an archeological field station in the Amazonian rain forest, where we catch a glimpse of The Wheel of Omagua: an ancient artifact whose discovery is a story element of The Last Extinction. It's a pretty simple shot, but I think it's extremely effective for it's purpose: to set a mood for the story chapter in this enhanced eBook.


The process for creating this shot was typical for the project, except for the addition of  a 3D rendered element: the Wheel of Omagua. Because this artifact is such an important part of the storyline, we decided to create it as a 3D model to be used in many situations, while keeping the details consistent (I will devote a future blog post to the creation of the wheel, working with 3D artist Dean Kubina). The creation of the wheel took several months, at the same time as artists were working on painting these scenes. Since we didn't have a finished wheel, at the time, Dean created temporary files such as the one below, rendered in the correct size, position and perspective, for the artists to paint "around."


As usual for this project, my storyboard was accompanied by photo reference and many notes to call out specific details needed for the scene, as well as indications for where we required separate layers for animation. 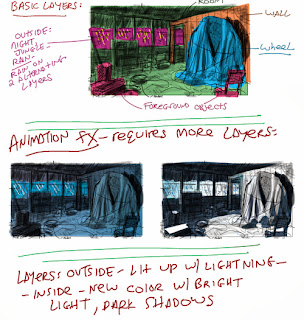 For me, the beauty of this scene is how much appears to be going on, even though it is a very static shot. In the end, a 'zoom' was added, tracking in closer to the wheel, but originally, there was no camera movement indicated at all. I still don't think it's necessary; the rain, lightning strike and eerie music and sound effecs work very well to create the mood and set the stage.


This scene was produced pretty easily, without a lot of back-and-forth between me and the artists. Except for some fairly minor tweaks and changes, John pretty much nailed this one from the start. 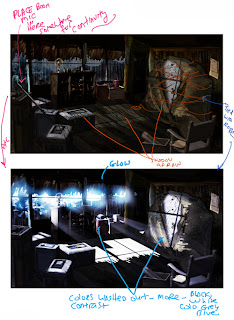 Eventually, the 3D wheel was also completed, and Dean rendered out a new version in the same pose as the placeholder. John was able to drop it into place and paint over it to make it feel like part of his drawing. 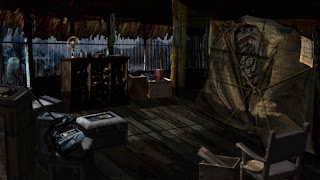 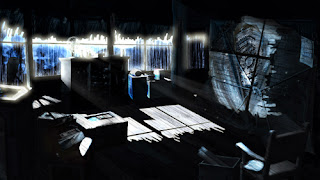 Finally, the shot was given to the animators and a soundtrack was composed, resulting in the final video file shown above. This version is partially seen in the promotional trailer, with the face of a character superimposed in front of the wheel. The entire shot seen here will be shown in the eBook. 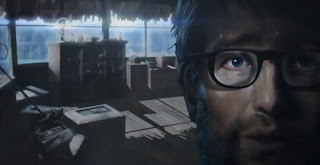 Next time, I'll show you some wonderfully detailed art created for our creepy nightmare scene! It's October, so how appropriate is that?

Posted by Steve Buccellato at 10:23 AM 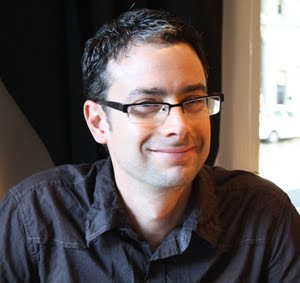 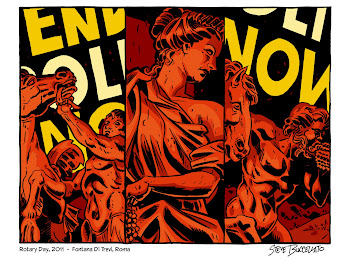